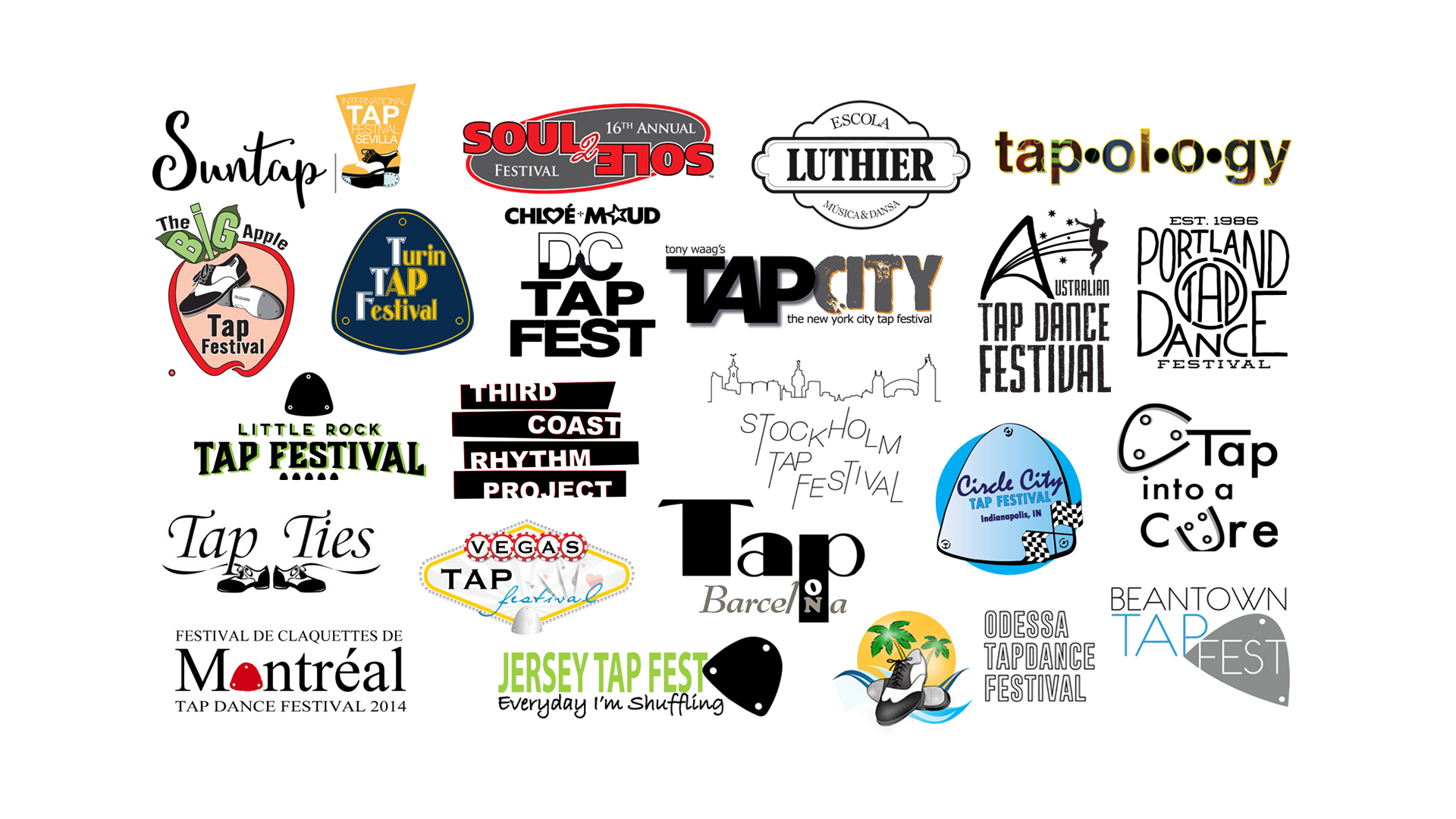 Many of you might have already seen the recently released TED Talk by Tap Legacy™ co-founder Andrew Nemr. In his talk, Andrew points to evidence of the flourishing global tap dance scene today. This included seeing tap dance featured in popular music concerts, major theatrical shows on Broadway, the awarding of a tap dancer with a MacArthur Genius Award, and the global circuit of tap dance festivals. While members of the live studio audience were witness to a slide that included a sampling of the many festivals currently running, the edited video didn’t give the slide much screen time.

We want to be sure that everyone can see how many organizations are currently doing the work of sharing the art of tap dance through practical education, performance, and community engagement. Above, you will see the slide that was included in the original talk, and below is a list, with links to each organization.

We want to thank each organizer who gave us the permission to use their logo in this talk. While this is still only a sampling (yes, there are even more festivals than what is listed below), we can clearly see the reach and breadth of the global tap festival phenomenon.

From Right to Left, top to bottom:

As mentioned above, so many festivals are part of the current tap dance scene. Do you know of a festival that used to be produced or is currently running that isn’t listed here? Put the name of the festival in the comments for everyone to see, and be sure to include the organizer(s)!