Bunny Briggs was once introduced by jazz legend Duke Ellington as superlaviaphonic, rhythmaturgically syncopated tapstamaticianisimist. His dancing was a highly improvisational combination of bebop phrasing, a personal take on the paddle and roll, pantomime, and flash vocabulary. As if that wasn’t enough, Bunny also sang, and brought a sensibility and character to his dancing that was his own.

Born Bernard Briggs in Harlem (New York City) on February 26, 1922, the origin of the nickname Bunny is lost in the oral history. However, Bunny himself has responded to the origin question numerous times by saying it was because he was fast.

Raised by his mother, Alma Briggs, whom he would continually support throughout his career, his aunt Gladys, Alma’s sister, was a chorus girl. It was in attending one of his aunt’s shows that Bunny first saw Bill “Bojangles” Robinson and was awestruck. It was then decided for Bunny that he would become a tap dancer.

Bunny was known as street dancer, having never taken a formal dance lesson, but rather learning a few steps from one of his uncles and cutting his teeth on the sidewalks of Harlem. Bunny began dancing in front of a record shop on Lenox Avenue and 137th Street. Visitors would come by the shop to listen to the radio broadcast of Amos ’n’ Andy, after which the shop owner would put a record on and Bunny would dance.

By 1927 Bunny would be performing throughout New York City as part of the children’s dance group, Porkchops, Navy, Rice, and Beans, before being discovered by pianist Luckey Roberts. Luckey would take Bunny into New York’s high society performing for families like the Astors, Vanderbilts, Wanamakers and others.

Now actively working as a child, New York’s Gerry Society whose official name was the New York Society for the Prevention of Cruelty to Children forced Bunny to stop all his engagements and attend school.

Upon his return to the business, Bunny could be found performing with some of the most popular big bands of the era during the 1940s. Bunny’s improvisational approach allowed him to fit in with bands of varying styles including those of Erskine Hawkins, Count Basie, Tommy Dorsey, Boyd Raeburn, Earl Hines, Charlie Barnet, and Duke Ellington. Charlie Barnet, in his autobiography, describes Bunny as follows:

“…one of the most talented performers I have ever seen. This was Bunny Briggs, the dancer and singer who became such an important asset to the band…he really had it all. He was a sensational dancer, had a distinctive singing style and a great personality…It didn’t matter whether we were at the Apollo or the Paramount, before a black or white audience, Bunny broke up every show and was always a smash hit.”

Bunny would perform as a soloist at Small’s Paradise (Harlem), Kelly’s Stable (NYC), and Club 666 (Detroit, MI), to name but a few. As he was touring the nightclub circuit Bunny was billed as the Prince Charming of Taps. 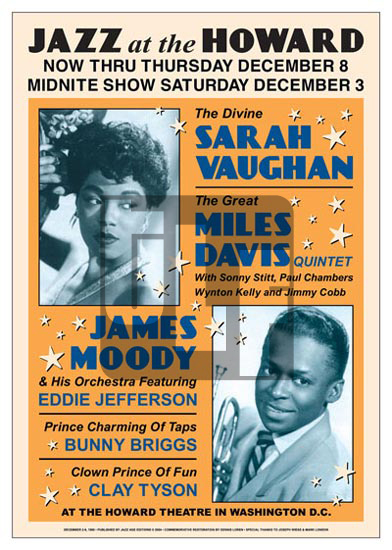 In November of 1945 Bunny would make his Broadway debut stepping into the role of Cicero in the Broadway musical comedy Are You With It?

Bunny’s television appearances would begin in the late 1940s and continue throughout his career. He was featured on the Ed Sullivan Show, The Tonight Show, The Jackie Gleason Show, and numerous television specials.

Although Bunny had been featured in a series of short films, including this Fox Movietone short with Charlie Barnet, his first feature length film came in 1979 with the George Nierenberg documentary No Maps on My Taps. Bunny would later co-star with Jimmy Slyde, Steve Condos, Arthur Duncan, Harold Nicholas, Sandman Sims, Henry LeTang, as one of the older tap dancers in the movie TAP.

Through the lean years Bunny stayed afloat by continuing his many musical associations, and utilizing his improvisational approach to adapt to numerous bands and the changes in the music, particularly with the advent of bebop. His close association with Duke Ellington would earn him the nickname “Duke’s Dancer.” This association would yield the following performance of Bunny and the Duke Ellington Orchestra, with Jon Hendricks, although Bunny hadn’t even been told that Jon would be singing on the tune.

This article by Eric Borgman describes Bunny acceptance of the role:

“Bunny, a man of faith who had contemplated becoming a priest earlier in his life, struggled with Ellington’s initial offer to take on the role. ‘When I first heard the song, I thought it was pretty, but I didn’t want to dance to it in the church. Because in the church you can’t go for laughs, you can’t go for applause…I prayed to God. I asked God to give me the routine.’ Later, he wasn’t even aware of what he actually danced. ‘A haze came over me, and I wasn’t drunk. I was together.'”

Theatrically Bunny would go on to play the role of Old Man Time, originated by Honi Coles, in a touring production of My One and Only, and star in the Broadway production of Black and Blue, garnering a Tony Award nomination for his performance.

In addition to his Tony Award nomination, Bunny would receive the Flo-Bert Award, an honorary Doctorate from Oklahoma City University, and be inducted into the Tap Dance Hall of Fame.

Bunny passed away on Saturday November 15, 2014 and is laid to rest in Las Vegas, NV where he had lived with his wife Olivette Miller Briggs (1914-2003), a jazz harpist, for many years.